It amazes me how often non-Christians and liberal/progressive Christians appeal to Matthew 25:31-46, where Jesus talks about doing kindness to others being kindness to Him, in order to show that what matters to Jesus is generically being a good person because He is loving and not a mean, backwards religious fundamentalist.

Aside from particulars of who is in view in the passage (e.g. who are Jesus's "brothers"?), Verses 41 and 46 are explicitly about Jesus sending people into hellfire...

Compared to those who quote snippets of Jesus in order to shame people who say other things that Jesus said, I have much more intellectual respect for the likes of Bertrand Russell and other unbelievers who denied the faith because they took Jesus seriously:

Read more »
Posted by Joseph Dear at 1:21 PM No comments: 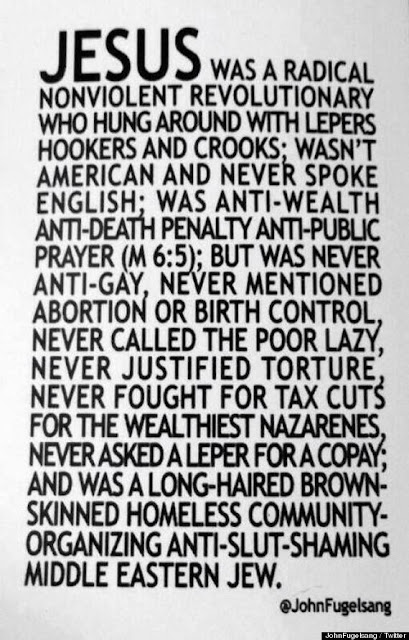 One of the major doctrines of the various ideologies that would go under the umbrella of progressive Christianity is that the Bible is not inerrant, and what Jesus says in the Gospels (which, unlike the rest of the Bible, are assumed to be true and accurate) overrules what is said elsewhere in the Bible.

This principle plays out in many ways. Some in the general progressive camp are much more upfront about this (e.g. author Benjamin Corey of the former Formerly Fundie blog) than others (like Peter Enns). But the general principle employed is that Jesus (i.e. what He says in the Gospels) is the only true revelation of God.

For this reason, none of the rest of the Bible is regarded as the word of God in any meaningful sense. The rest of the Bible is usually believed to be completely human in origin. The Israelites, in attempting to understand God as they imagined Him, wrote the Old Testament over the course of many centuries and attributed words and deeds to Him. It is not actually revelation from God, and therefore, there is no reason to try to harmonize it to the words of Jesus. 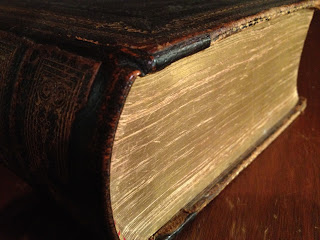 The Lord Jesus Christ is the Word of God. But He is not the only (lower case) word of God that the Bible speaks of.

Sometimes it is asserted that the Bible is not the “word of God,” but rather, that term is reserved for Jesus alone.

This comes up in conversation with some who are under the broad umbrella of progressive Christianity, those who not only deny the doctrine of inerrancy, but who will even dismiss considerable portions of the Bible because, in their minds, they contradict what Jesus taught. Jesus is the special and unique “word of God,” and rather than seeing if what He says in the Gospels can be harmonized with the rest of scripture, it is believed that Jesus simply takes precedence and anything that seems to disagree with Him does disagree and therefore can be rejected. The rest of scripture is not of the same divine origin as what Jesus says in the Gospels.
Read more »
Posted by Joseph Dear at 6:02 PM No comments:

J.K. Rowling And The Way Transgenderism Necessarily Allows For No Middle Ground 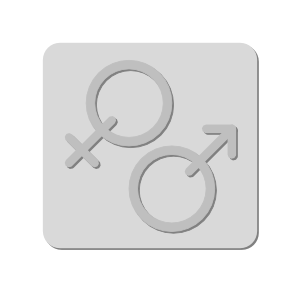 Over the weekend, Harry Potter author (and notable gay-rights activist) J.K. Rowling got into some hot water for some comments made on Twitter which many have called transphobic.

These comments pertained to transgender men (i.e. biological women who identify as men) and the matter of whether or not only women can menstruate. Rowling declared her belief that this is the case ("People Who Can Menstruate").

Of course, from a biological standpoint, it is true that only women menstruate. Men do not. The only possible dispute one might make is in the case of those who are intersex, born with some degree of both male and female anatomy. However, even then, menstruation is recognized as a biological female attribute that the person has (part of what defines them as intersex), not a unisex one (like having eyes or a spinal cord).

The reason this is of any controversy at all is because transgender men consider themselves to be men, yet have female bodies that still perform the functions of female bodies (especially early on in the gender transition process). This means that there are people who menstruate (and occasionally even bear children) who identify as men.

This, of course, raises one of the most enormous worldview and societal questions of our time (at least in western society): is gender determined by biological sex or not?
Read more »
Posted by Joseph Dear at 7:21 PM No comments: 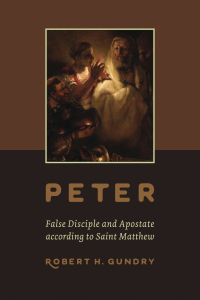 Did Matthew intend to show the apostle Peter as an apostate?

I don’t do a lot of book reviews on my blog. I usually reserve them to Goodreads.com (a site specifically for book reviews) and occasionally Amazon.

But every once in a while, a theology book has greater significance than just its own contents and arguments.

This would book would seem to be the opposite. It really doesn’t seem to be anywhere in the public consciousness anymore. On Goodreads, three other people rated it, and one other person besides me wrote a review (and it was only one sentence long). Other than some reviews by religious scholars at the time the book came out, it just hasn’t been a big thing.

So why would a niche book that most people even among theology nerds probably haven’t read be worth additional attention?
Read more »
Posted by Joseph Dear at 6:36 PM No comments:

This Year I Want to Be More Like Jesus - Updated Version 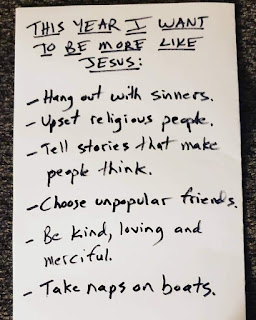 Lately on social media, I have seen a list of ways to be more like Jesus this coming year. From what I can tell, it was written (or at least popularized) by Craig Greenfield, author of the book Subversive Jesus. In fact, the original Facebook post added the caption "Be like Jesus...Subversive."

This list-meme has gained some popularity, and more than that, it encompasses some fairly popular ideas about Jesus that themselves deserve some analysis.

In light of this, I have decided to endorse the core content of this list. However, I figured I would add a bit to it to clarify each point (my additional comments in parentheses). Why? Because a lot of people can mean a lot of different things when they endorse a list like this.

Besides, I too can be subversive.
Read more »
Posted by Joseph Dear at 3:57 PM 14 comments:

When Some Doctrines Are Absurd on Their Face - Guaranteed Healing 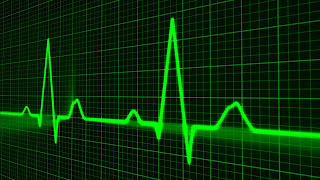 In this entry on the last day of 2019, I am largely shooting from the hip in reaction to some interactions I have had on Facebook over the last year. But it seemed appropriate, because despite believing in an invisible God who is triune and grants prayers and everything else, I still do have some sense of healthy skepticism.

For that reason, there are times when, just by thinking about it, I can see holes in an idea that claims to be Christian and claims to be biblical. And while a convincing exegetical case for such a doctrine would require an exegetical response, usually that isn’t part of the discussion in these matter. At most, a few passages here and there are presented, clearly out of context or clearly not saying as much as the person presenting them seems to think. And so pointing out the problems even just on the surface of the view can get you a long way.

In this case, I am discussing a belief that is part of the so-called Word of Faith movement and spread about here and there that if you have faith in Jesus, you are guaranteed to be healed if you get sick.
Read more »
Posted by Joseph Dear at 9:37 PM 1 comment: